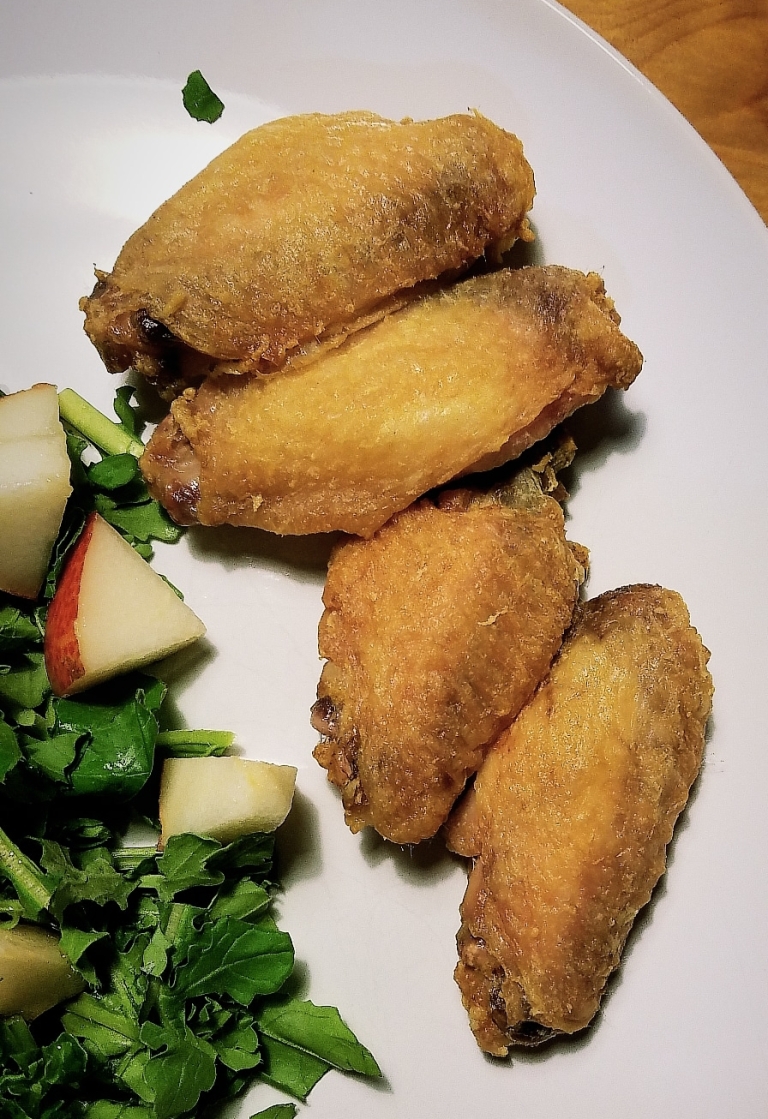 We were on the lookout for a great chicken wing recipe, and came across this great one from the blog RecipeTin Eats for Truly Crispy Chicken Wings.  This is a baked chicken wing recipe which truly does result in perfectly crispy chicken wings without deep-frying them.  This was a great recipe to make at home, and the results were really excellent!

Chicken wings are one of those restaurant treats that we have been craving during these quarantine times, and this recipe produced wings that were absolutely delightful and totally customizable with adding your own sauce or dry seasoning (dry seasoning is my preference – it keeps your crispy wings crispy!).  It is based on a recipe from the team at Cooks Illustrated, and it involves four key steps to achieving super crispy wings:

I hope this little science lesson helped inspire you to make some extra crispy oven chicken wings!  The recipe that I used is linked here, and the photo of our beautiful wings are up top (you’ll notice that my plate is only the flats – because I love those and Chris loves the drumettes – which really works out for our relationship).  I’ll link some extra crispy wing resources below as well if you want to learn more about the science of crispy wings!

The Food Lab: In Search of the Best Oven Fried Chicken Wings from Serious Eats