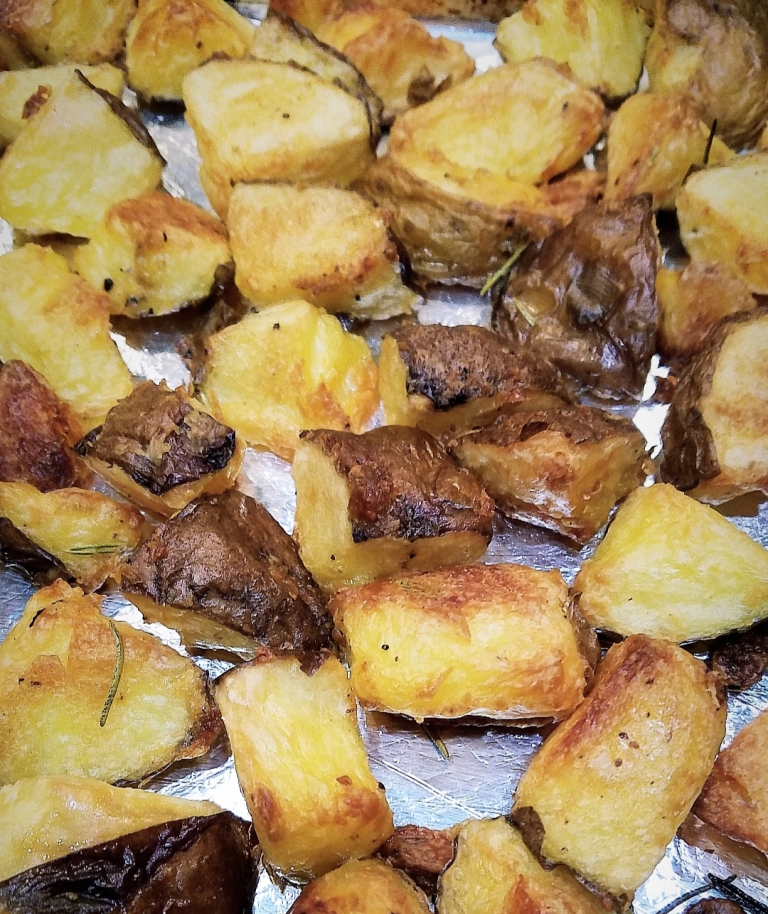 This is the only way I want to eat potatoes from now on.  Seriously, this recipe is so good.  We’ve made this twice in the last week it’s so good.  J Kenji Lopez-Alt – you’ve done it again, sir!

This roasting method is a bit of a *project*, but here in quarantine times, I have plenty of time to spare, and the extra effort in is totally worth it.  There is pre-boiling, some stirring, and finally some baking, and the results are the most glorious, satisfying, crunchy potatoes I’ve ever made in an oven.

After stirring in the fat and working up that outer mush, the potatoes get transferred to a sheet tray (single layer, please!) and cooked for about an hour at 450F. Yes, that is a long time in a very hot oven.  But the crunch that will be achieved will be totally worth it!  Stop and stir once or twice during cooking for that even browning, and you will be rewarded.

We made these last night and threw another sheet tray with sausages and broccoli in the oven at the 30 minute cooking mark.  We got to play games and relax while the oven did all of the work!  I couldn’t recommend this recipe more, so go make it!  Link to access the recipe is here, pictures from my crispy potato adventure up top and down below!

Interested in some other potato recipes?  Check out some other ideas here: